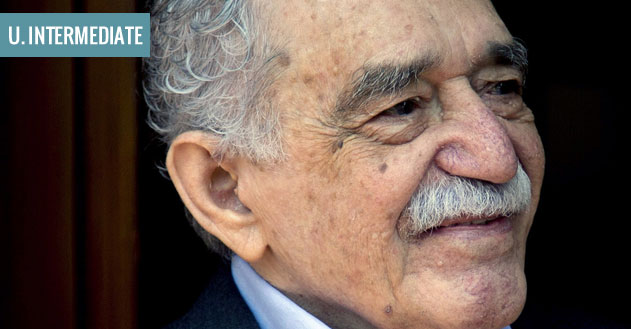 What is a pneumonia? And what about a feud? Read this article from The Guardian about Gabriel Garcia Marquez’s memory.
Talk in English with one of our teacher about this giant writer!

The Colombian Nobel laureate Gabriel García Márquez, who unleashed the worldwide boom in Spanish language literature and magical realism with his novel One Hundred Years of Solitude, died at the age of 87. He had been admitted to hospital in Mexico City on 3 April with pneumonia.

Matching commercial success with critical acclaim, García Márquez became a standard-bearer for Latin American letters, establishing a route for negotiations between guerillas and the Colombian government, building a friendship with Fidel Castro and maintaining a feud with fellow literature laureate Mario Vargas Llosa that lasted more than 30 years.

to unleash (v) to suddenly let a strong force, emotion, etc. be felt or have an effect
realism (n) a style in art or literature that shows things and people as they are in real life
pneumonia (n) a serious illness affecting one or both lungs that makes breathing difficult
acclaim (n) praise and approval for somebody/something, especially an artistic achievement
guerrilla (n) a member of a small group of soldiers who are not part of an official army and who fight against official soldiers
feud (n) an angry and bitter argument between two people or groups of people that continues over a long period of time