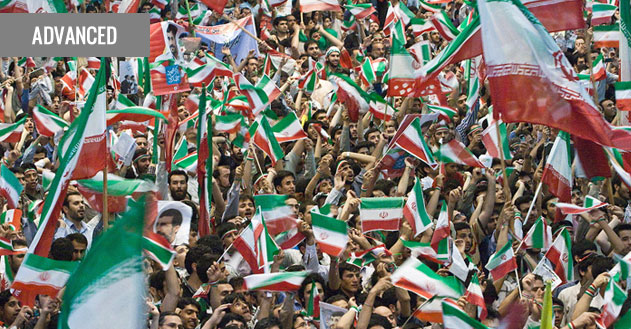 What does “noose” mean? And what is an execution?
Read this article from The Guardian and express your opinion about it with one of our teachers!

When he felt the noose around his neck, Balal must have thought he was about to take his last breath. Minutes earlier, crowds had watched as guards pushed him towards the gallows for what was meant to be yet another public execution in the Islamic republic of Iran.

Seven years ago Balal, who is in his 20s, stabbed 18-year-old Abdollah Hosseinzadeh during a street brawl in the small town of Royan, in the northern province of Mazandaran. In a literal application of qisas, the sharia law of retribution, the victim’s family were to participate in Balal’s punishment by pushing the chair on which he stood.

But what happened next marked a rarity in public executions in Iran, which puts more people to death than any other country apart from China. The victim’s mother approached, slapped the convict in the face and then decided to forgive her son’s killer. The victim’s father removed the noose and Balal’s life was spared.

noose (n) a circle that is tied in one end of a rope with a knot that allows the circle to get
to halt (v) to stop; to make somebody/something stop
smaller as the other end of the rope is pulled
gallows (n) a structure on which people, for example criminals, are killed by hanging
execution (n) the act of killing somebody, especially as a legal punishment
to stab (v) to push a sharp, pointed object, especially a knife, into somebody, killing or injuring them
rarity (n) the quality of being rare
to slap (v) to hit somebody/something with the flat part of your hand
to spare (v) o save somebody/yourself from having to go through an unpleasant experience