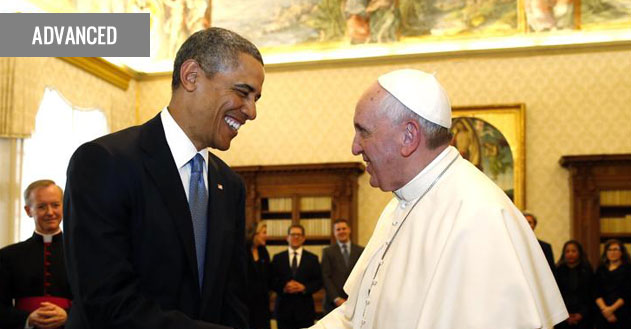 Obama had the first audience with Pope Francis.
An opportunity to talk about social issues and to improve our English speaking!
Subscribe to our SUNDAY GROUP LESSON and express your opinion about!

Reporters following the president in Rome asked a natural question after his meeting with Pope Francis. Did the whole contraceptive mandate issue come up?

“He actually did not touch in detail on the Affordable Care Act,” said the President. “In my meeting with the Secretary of State, Cardinal Parolin, we discussed briefly the issue of making sure that conscience and religious freedom was observed in the context of applying the law.  And I explained to him that most religious organizations are entirely exempt.”

The Vatican’s own statement was a little less circumspect: The president, it said was told of the Vatican’s concern about “religious freedom.”

contraceptive (adj) a drug, device or practice used to prevent a woman becoming pregnant
to come up (v) to be mentioned or discussed
conscience (n) the part of your mind that tells you whether your actions are right or wrong
exempt (adj) if somebody/something is exempt from something, they are not affected by it, do not have to do it, pay it, etc
circumspect (adj) thinking very carefully about something before doing it, because there may be risks involved 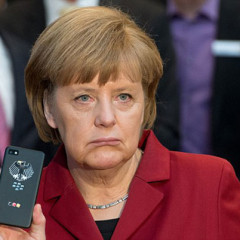 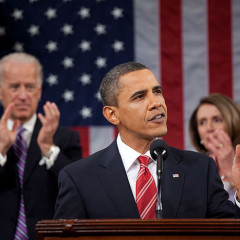