Nun’s performance on Italian version of The Voice has become viral and been viewed more than 20 million times on YouTube in a few days. Read this article and talk about it in our Sunday Group Lesson!

The singing nun is not a new phenomenon. The Belgian Jeanine Deckers, aka Soeur Sourire, shot to fame in 1963 with the tune Dominique, while Julie Andrews and Whoopi Goldberg have done their bit for fictional sisters with heavenly voices.

But in Italy this week there’s only one nun worth tuning in for, and she thinks Pope Francis will be proud. Sister Cristina Scuccia, a 25-year-old Sicilian who appeared, habit-clad, on the Italian version of TV show The Voice on Wednesday, has become an instant star, with her audition racking up more than 3 million views on YouTube.

to go/become viral (expr.) becoming very popular by circulating quickly from person to person, especially online
nun (n) a member of a religious community of women who promise to serve God all their lives and often live together in a convent
fame (n) the state of being known and talked about by many people
sister (n) a female member of a religious group, especially a nun
tune in (v) to listen to a radio programme or watch a television programme
clad (adj) often used after an adverb or in compounds) wearing a particular type of clothing
to rack up (v) to collect something, such as profits or losses in a business, or points in a competition 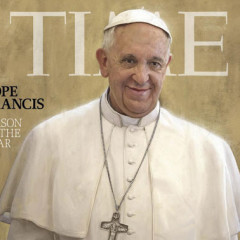 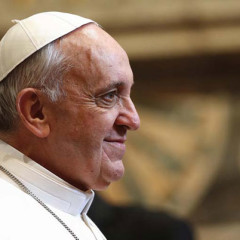