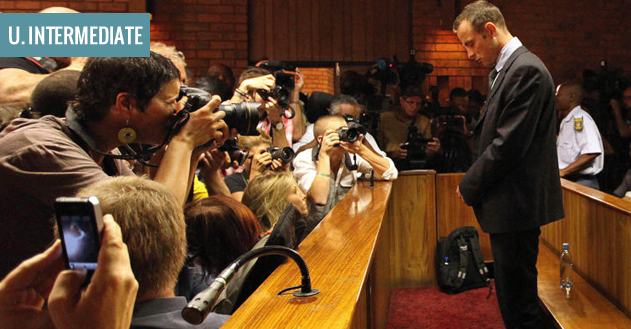 Was it murder or a mistake? Reviewed by R2S Staff on Mar 7. Array Array Rating: 4

A dramatic story from CNN.com. Read the article and try to repeat it aloud, improving your English pronunciation.
Join our Skype Lessons here!

Oscar Pistorius, 27, and his girlfriend Reeva Steenkamp, 29, were a young, attractive and high-profile couple who were popular in South Africa’s social circles. The runner who won six Paralympic gold medals and was the first double amputee runner to compete in the Olympics, was an international superstar. Cover girl Steenkamp, soon to star in a TV reality show, was on the cusp of becoming a celebrity in her own right.

But everything changed before dawn on Valentine’s Day 2013, as Steenkamp lay lifeless in a pool of blood on the floor of her boyfriend’s house (…). Moments before, Pistorius says, he had pointed his 9mm pistol towards an upstairs toilet room and fired four bullets through the locked door.

He says he mistook Steenkamp for a burglar. The state says it was cold-blooded murder.

Amanda Knox: I'll be a fugitive if found guilty again of murder 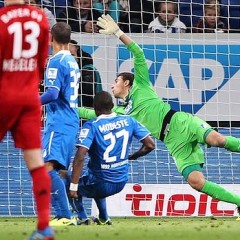