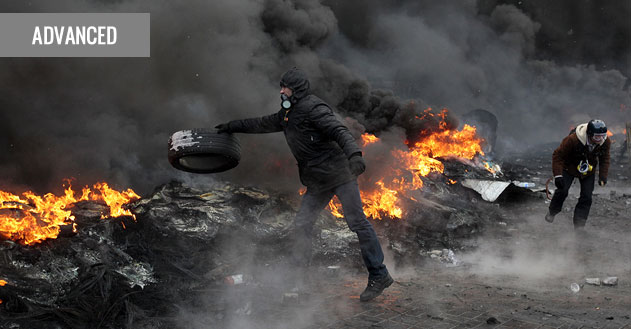 Read this article from the Business Insider and try to understand the dramatic situation in Ukraine. If you want to join our SUNDAY GROUP LESSON with Felix, click here.

The capital of Ukraine is on fire after the most violent day since the former Soviet republic became independent in 1991.
What happens next will have “civilization-defining” implications.

The country of 46 million is caught between ties to Russia and the West, with lucrative gas pipelines connecting the two sides.

The geopolitical clash is being played out by Kremlin-backed forces loyal to Ukrainian President Viktor Yanukovych and citizens calling for integration with the European Union. In November, Yanukovych snubbed an open invitation to integrate with the West and veered back into Russian President Vladimir Putin’s orbit.

implication (n) a possible effect or result of an action or a decision
to be caught (expr)  to become stuck in or on something
pipeline (n) a series of pipes that are usually underground and are used for carrying oil, gas, etc. over long distances
clash (n) a short fight between two groups of people
to force (v) to make somebody do something that they do not want to do
to snub (v) to refuse to attend or accept something, for example as a protest
to veer (v) to change direction suddenly 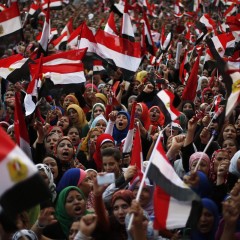