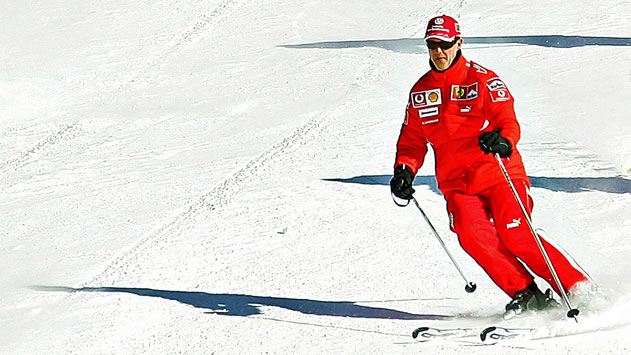 Formula One legend Michael Schumacher has sustained an injury after hitting his head on a rock in the French Alps.
Read this article from AlJazeera.com.

Authorities said that the seven-time world champion had been flown to hospital after he fell and hit his head on a rock at about 11.00 on Sunday.

The 44-year-old German was “suffering a serious brain trauma with coma on his arrival, which required an immediate neurosurgical operation,” the hospital in the southeast French city of Grenoble said in a statement.

“He remains in a critical condition.” It is not clear whether he is still in a coma.

The French Mountain Gendarmerie said that Schumacher was wearing a helmet when he fell at the Meribel resort.

injury (n) physical damage or hurt
to undergo (v) to pass through; experience
surgery (n) medical treatment in which a doctor cuts open someone’s body
flown, the past participle of fly (v)  to take people or goods somewhere by plane
trauma (n) a serious injury
neurosurgeon (n) someone who does surgery on the nervous system
neurosurgical (adj) surgery on any part of the nervous system
helmet (n) a head covering of hard material, such as leather, metal, or plastic, worn by football players, firefighters, construction workers

Your English level is advanced? Try to watch this video!