Blackfish, a new documentary about killer whales in captivity 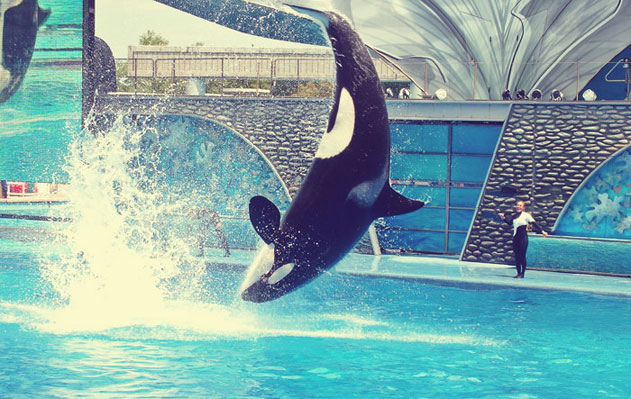 If you love animals, this is the best story to read!
Learn new words (we know, it’s an “advanced article”) and answer to this question: what is a mammal?
…have a nice Friday!

Blackfish, a Native American term for the orca or killer whale (actually a member of the dolphin family), began with an innocuous premise: Gabriela Cowperthwaite, the director, wanted to examine how people relate to large predators.

As Cowperthwaite, who lives in California, stresses, she is not an animal rights activist and did not intend to make a controversial film. “I couldn’t have been more naive about the situation in SeaWorld (a United States chain of marine mammal parks) she says.
She regularly took her twin boys there as a treat. “I’d see hundreds of children smiling and think, ‘How can something that makes people so happy be such a bad thing?’ All of us are complicit, starting with myself.”

SeaWorld is the slickest of what Cowperthwaite now views as aquatic circuses. The company owns 12 US theme parks and its shtick – orcas leaping to lights and music alongside their trainers – may make many adults cringe, particularly in Britain, where there are no dolphins in captivity. But in the US, more than 11 million people visit a SeaWorld each year.

killer whale (n) a black and white predatory whale (Orcinus orca) that feeds on large fish, squid, and sometimes dolphins and seals. Also called orca
predator (n) an animal that kills and eats other animals
to stress (v) o emphasize something such as an idea, fact, or detail
mammal (n) an animal that is born from its mother’s body, not from an egg, and drinks its mother’s milk as a baby.
Humans, dogs, and cows are all mammals
treat (n) something special that you do or buy for yourself or someone else
complicit (adj) involved in or knowing about something bad that happens
slick (adj) done in a very impressive way that seems to need very little effort
circus (n) a show with performers such as acrobats and clowns and animals
shtick (or schtick) (n) an act or the type of humour that a particular comedian uses
to cringe (v) to feel embarrassed or ashamed about something

And now watch the trailer of “Blackfish“!