Remembering a Korean hero: a lovely story from Japan 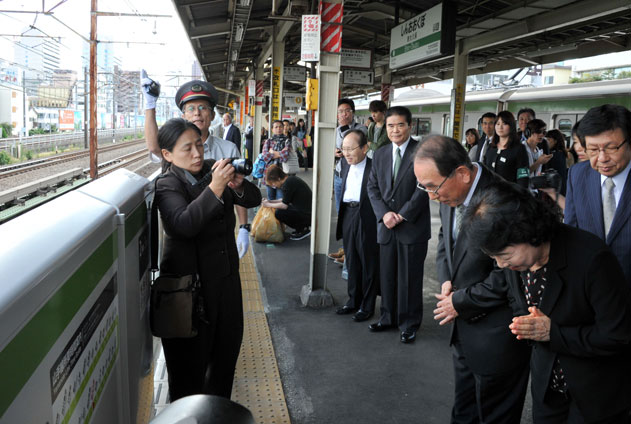 Remembering a Korean hero: a lovely story from Japan Reviewed by R2S Staff on Oct 7. Rating: 2

Can you find a synonym of these two verbs? To praise and to pass down. And what does “to receive condolence” mean?
Read this article from The Japan Times: a story of a heroic student who died, 12 years ago, when he tried to save a Japanese man falling off a Tokyo train platform.

Prime Minister Shinzo Abe and South Korean President Park Geun-hye praised exchange student Lee Su-hyon, who died 12 years ago Thursday attempting to save a Japanese man who had fallen off a Tokyo train platform onto the tracks.

It’s the first time the leaders of the two nations, at odds over a group of islets in the Sea of Japan, have offered such messages.

Abe expressed his sincere wish that Lee’s spirit of altruism and courage will continue to be passed down to future generations.

In her statement, Park said: “We should once again remember his heroic deeds and I wish from the bottom of my heart that Asian nations, including Japan and South Korea, will further mature their friendship in the future.”

The 26-year-old Lee was killed by a train in 2001 when he jumped off the platform at JR Shin-Okubo Station to assist a drunken Japanese man who had fallen onto the tracks. Another Japanese man who also came to the drunken man’s aid was killed too. The three were strangers.

After the tragedy, Lee’s parents received condolence money from all over the world. In 2002, they donated ¥10 million to an annual scholarship program for Asian students “keen to become a bridge between Japan and their home country,” like Lee.

to praise (v) expression of approval, commendation, or admiration
at odds over (expression) in disagreement over something
to pass down (v) to give knowledge or teach skills to your children or to younger people
deed (n) something that someone does
condolence (n) the things that you say to show sympathy when someone has just died
keen (adj) very interested in an activity that you do often because you enjoy it 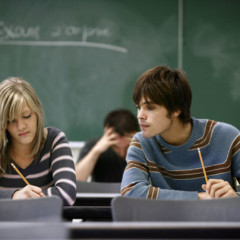 "I will not copy...": an increase in dishonest academic practices