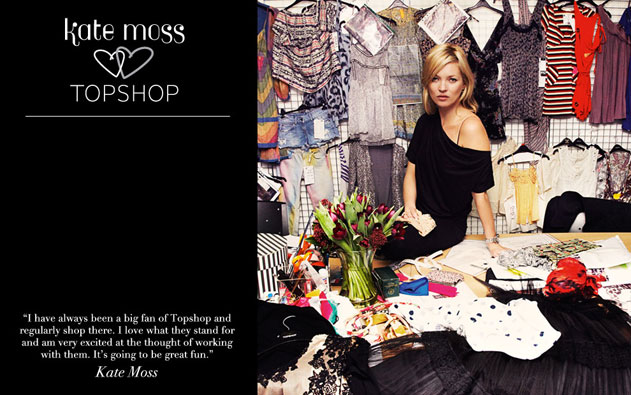 Supermodel rejoins brand as owner Sir Philip Green says fashion chain could potentially open first shops in six weeks.
What is a chain? And what about a retailer? Can you describe a pop-up store?
Read this article from The Guardian about the fashion industry.

Kate Moss could lead Topshop into China after the fashion chain’s billionaire owner Sir Philip Green said he was in “advanced discussions” to open its first outlets in the country.

With the model set to put her name to a new collection for the retailer, due to launch in 40 countries next April, Green said today: “We could use that as an opportunity to open 20 to 30 pop-up stores within department stores in China.”

Moss’s latest collaboration with Topshop will be the first since she walked away from a previous project three years ago. The model, who was paid a reported £3m for her first collaboration, will work on the new collection with stylist Katy England and Topshop’s creative director, Kate Phelan. At 39, she is old enough to be the mother of many Topshop customers, but Green insisted she still had fashion influence.

“Show me anybody with better fashion credibility. She’s spent 20 years in the industry – who knows the business better?”

Using Moss’s name in China would echo Topshop’s move into the US four years ago, where the model’s worldwide appeal helped secure sites in a number of Nordstrum stores as well as four standalone stores.

Green, who opened a Topshop store in Hong Kong this summer, said he was in negotiations with a number of parties about different opportunities on the mainland, and Topshop’s China launch might also begin with standalone stores alongside department store outlets.

chain (n) a number of establishments, such as stores or hotels, under common ownership
retailer (n) a business person engaged in retail trade
pop-up store (n) a store that opens suddenly and usually exists for a short amount of time
to echo (v) to repeat or imitate
standalone (adj) self-contained and usually independently operating