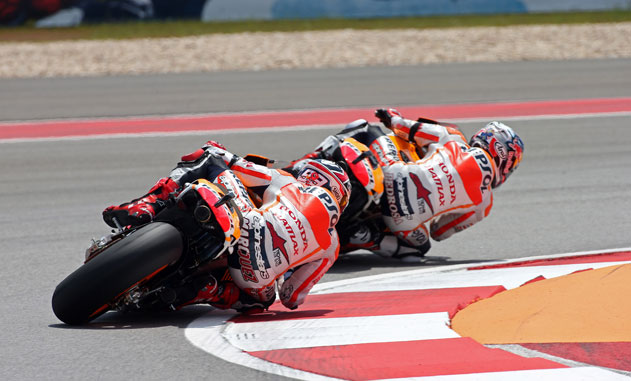 Dani Pedrosa must have walked under too many ladders because you could not script what happened at the Aragon Grand Prix on Sunday, or what has happened this season for him.
From BBC Sport, an article about motorcycling: it’s time to choose the best tyres for your race in English!

He was one of the favourites for the title at the start of the year but the emergence of Marc Marquez, crashes and pure bad luck means he misses out again.
In Sunday’s race, he was involved in a good battle with his team-mate Marquez until he crashed out with 18 laps to go.
It looked like his bike had just flipped after he passed Marquez, but I got it wrong because their two bikes did touch.

I have never known anything like that before. It was a freak occurrence and it seems the lad is destined never to win a championship.
I am sure the contact from Marquez was inadvertent, but if I was the Yamaha team manager [second-placed Jorge Lorenzo's team] I would be up at race direction saying: “Marc Marquez – who has already bumped into people this season – has run into his team-mate now, causing the wire to come out.”

crash out
flip
skim
thrown off 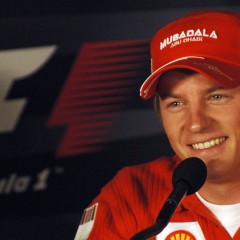