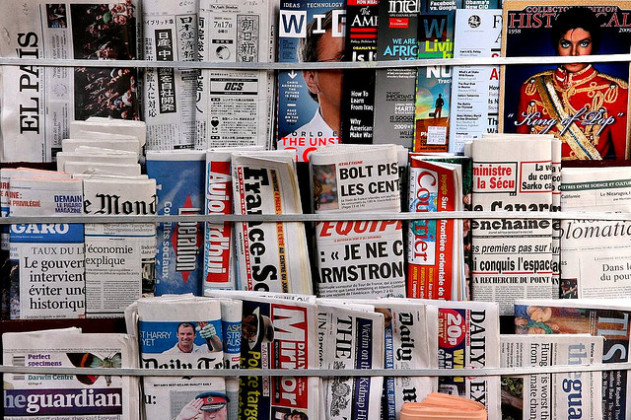 Times of Malta is one of the most important newspaper of Malta, an amazing island in the middle of the Mediterannean Sea.
Have a look to this interesting international press digest.

Most of the world’s media leads with US Secretary of State John Kerry’s warning that the Syrian regime must be held accountable for the suspected chemical attack on its own people and Russia’s warning to western allies not to intervene in the civil war in Syria.

The Washington Post quotes US senior administration officials saying President Obama was weighing a military strike against Syria that would be of limited scope and duration, designed to serve as punishment for Syria’s use of chemical weapons, while keeping the United States out of deeper involvement in that country’s civil war. Missile-armed US warships are already positioned in the Mediterranean.

VOA News reports US Secretary of State Kerry on Monday outlined the clearest justification yet for US military action in Syria, saying there was “undeniable” evidence of a large-scale chemical weapons attack, with intelligence strongly signaling that Bashar Assad’s regime was responsible. Kerry said last week’s attack was “a moral obscenity” that “should shock the conscience” of the world.

Meanwhile, Russia has warned the West against intervening militarily in the Syrian conflict without the approval of the UN Security Council. Kommersant quotes Foreign Minister Sergei Lavrov saying such action would violate international law, adding that the West was currently moving towards “a very dangerous path, a very slippery path”. Lavrov said the West has been unable to produce any evidence to back claims that the Syrian government used chemical weapons in an incident last week that has prompted calls for military action.

al-bawaba says UN chemical weapons inspectors have returned to Damascus after carrying out testing at the location of the alleged poison gas attack. They had come under fire en route to the site on Monday. As US officials said there was very little doubt that Syria used chemical weapons and Western powers stepped up calls for swift military action, President Bashar Assad’s government vowed to defend itself against any international attack, warning that such an intervention would ignite turmoil across the region.

The New York Times reports the UN has said it plans to speak with the US government about the latest reports on alleged NSA espionage. German news magazine Der Spiegel on Sunday reported, citing documents from former National Security Agency (NSA) contractor Edward Snowden, that the NSA cracked the UN’s video conferencing system in 2012.

al-arabiya says the Palestinians have reacted to a deadly clash between civilians and Israeli security forces by calling off scheduled peace talks. Three people were killed and several others wounded in the incident in the West Bank. Around 1,500 Palestinians took to the streets and began throwing stones and firebombs at the Israeli troops, who then responded with “riot dispersal means”.